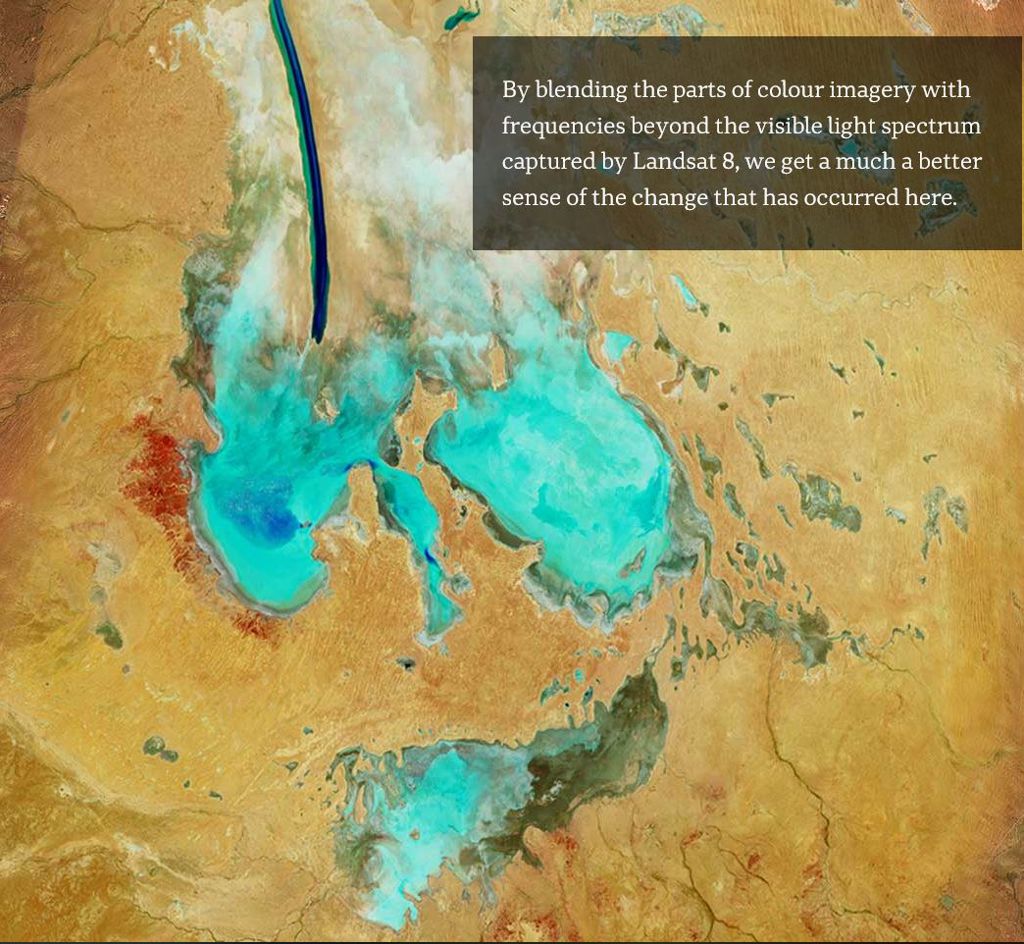 It’s one of the great desert water systems of the world. Spanning three states and a territory, the Lake Eyre basin is a marvel.  But it’s also one of the driest parts of the country. On the rare occasion when flood waters make their way to such barren areas the results are spectacular.

While many tourists flock to central Australia to see the sight of water flowing through the desert rivers and arriving at Lake Eyre, or Kati Thanda as it’s known by the land’s traditional owners, some of the best views of this natural wonder are to be had from space.

Piecing together months’ worth of satellite imagery, flood waters were tracked for hundreds of kilometres on its journey from the Top End to the lowest natural point of Australia: Lake Eyre.

View amazing imagery and annotation on Lake Eyre and the Lake Eyre Basin.

As featured by the ABC “The Ancient Rhythms Of Our Red Centre on 26 June 2018.

William Creek is the closest settlement to Lake Eyre North and scenic flights are available over this spectacular site with Wrightsair.